what i learned between my first kids and my last

Often the lessons of parenting young children come too late. You do the best you can with the first kid, ushering him through the early stages of childhood, by instinct and expert advice, with varying degrees of success. It is a thrilling time, but it is also an exhausting one, when perspective is elusive. And then, somewhere in the middle of it, you have another baby. You can’t quite apply to the new child, though, what you’ve learned from raising the older one, mainly because you aren’t sure at that point what it is you’ve learned or whether you’ve learned anything at all.

That’s my story, at least. I made mistakes with my first son that I didn’t really correct with my second. With 26 months between them, I hadn’t yet emerged far enough from the morass of “small children” to see the wreckage clearly. By “mistakes” I don’t mean that I parented them “wrongly” in any objective sense. I am measuring myself only by the practical standard of the kind of children I was intending to raise: children who are confident, respectful, polite, well-adjusted and independent.

Read here (at Brain, Child Magazine) about the five things I learned to this end by the time my second set of kids came along. 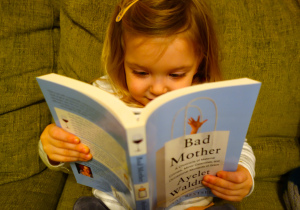