As the holidays roll around and television morphs into an unrelenting showcase for Christmas cheer, my oldest son and I found ourselves watching Home Alone—one of the quintessential films from my own childhood. Who among us of a certain age doesn’t remember Macaulay Culkin’s adorably goofy face sandwiched between two hands as he bellowed that trademark “Ahhhhhhhh,” the sting from his father’s aftershave a little too much for his tender skin to take?

Back in the old days, Home Alone had enormous cache because its premise was at once terrifying and thrilling. The idea of being left alone by your parents—without your siblings to boot—promised the joy of pizza toppings entirely of your own choosing as much as the reality of having to fend for yourself. In Kevin McCallister’s case, it also meant the need to protect your home against the onslaught of two bumbling burglars after a perfectly delicious microwaveable Kraft Macaroni and Cheese dinner.

In 1990, the premise was a stretch, to say the least. But there were mitigating factors. The bustling extended family and the relatably distracted parents allowed us folk of that previous generation to suspend disbelief far enough to deem forgetting your youngest child an omission ever so slightly within the realm of possibility.

Fast forward to 2014, the infamous age of hovercraft parenting, and the movie comes across as a sub-genre of fantasy. And not simply because of the whole leaving your kid behind in the face of an international vacation bit. Rather because in the course of twenty odd years—a mere blip in the time-space continuum—there has been a sea-change that makes certain features of the film’s parent-child relationship virtually unrecognizable. A guilty mother desperate to get back to an eight year old who has been mooching about by himself for three days? That we get. The set of circumstances leading to said situation? Not so much. 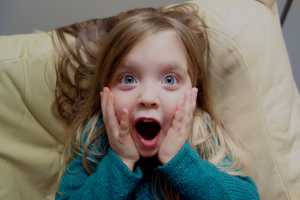