“The comments are a shitshow.” This from a friend on Facebook, a warning perhaps or an expression of vicarious disappointment. “I read the first one and threw my phone across the room.” This from a friend of a friend, a name I don’t recognize. They are commenting on a thread of an article I wrote, one in which I’ve been tagged.

Whenever I publish an essay on a popular website, I share the link on social media. Then I click on the little notification icon—on Twitter, on Facebook—and amidst the outpour of support, which I drink up like a warm cup of cocoa, there is almost always some mention of how dire, how diabolically offensive the on-site comments are. I tackle topics such as my marriage heaving under the weight of small children, or my failure, at 37, to have achieved financial independence—the sort of topics, in other words, that tend to elicit a more unforgiving breed of response.

I wouldn’t know how bad the responses are myself, because I don’t read them. I have a policy, put firmly in place the day my first New York Times piece went live, which boils down to one simple, non-negotiable rule: never read the comments. No matter how tempted you become in the flush of the moment, no matter how thrilled you are with the finished product. No matter how loudly curiosity scratches at the door.

I didn’t create this policy based on personal experience; I hadn’t been spooked by the ghost of comments past. In fact, that New York Times essay was one of the first I had ever published. The placement was a coup for me, a writer still wet behind the ears. I was trying to start over in my mid-thirties after years of being a stay-at-home mother.

The policy instead arose from watching others. Weeks earlier I had seen a blogging acquaintance of mine skewered in the same column. 277 comments, the majority of which revolved around what a selfish, suspect person she was. Her crime? Wanting more kids than her husband and daring to say so out loud. It was a glaring red flag for me: I could relate entirely to this woman’s plight. I had lived it myself, except while her situation remained unresolved, mine had already come to its conclusion (twins), which was the very subject of the essay due to appear.

You can read the rest of the essay here, at Vela Magazine. 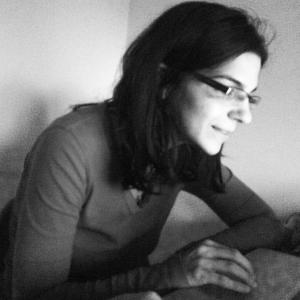 2 responses to “no comments”