why i gave my kids a myers briggs personality test

To know me is to know my Myers Briggs personality type. Ever since I discovered, in my early thirties, that I am an INTJ—and test after test has confirmed it—I wear those four letters as a badge of honor. Not necessarily because I am proud of the particular preferences the letters represent (Introversion, Intuition, Thinking, Judging), but because, taken together, they do a wonderful job of explaining why I am the way I am and why I do the things I do. For “thinking” types (T) such as myself, this sort of explanatory power is high on the list of life’s priorities.

It’s not surprising, then, that as a mother I am—as most of us are, in one shape or form—constantly trying to understand my children. Their predilections, their quirks, the roots of their behavior. And the ribbon that binds these aspects together: their personalities.

In the early years, “personality” and “behavior” are not so easily distinguishable. Some traits tend to manifest at a given stage of development, despite the inborn temperament of the individual child. Defiance in toddlerhood is a good example. Often this quality will abate over time, because it has stemmed from a temporary storm: a two or three year old’s inability, for instance, to communicate effectively. But for some kids it simply evolves, hinging as it must on a deeper element of a “strong-willed” personality.

Certain features of my own children’s personalities have been evident to me from the moment they were born. My first son lay in my husband’s arms as serene and still as a Buddha for the 40 minutes it took the doctor to stitch me up. My second son emerged from the womb red and angry-looking; he didn’t stop screaming for at least half an hour. My first son was a cautious toddler, a conscientious observer. My second son was active and daring and made friends wherever he went.

In the loosest terms, it has long been clear that son number one is an introvert and son number two an extrovert. That son number one is reserved, detail-oriented, thrives on routine, while son number two is more impulsive, imaginative and go-with-the-flow. But recently I’ve wanted to know more. As someone obsessed with my own Myers Briggs letters, and who has made almost everybody in my immediate circle take this test, I wondered what kind of personality testing was available for children. Google did not disappoint. I quickly located a questionnaire for kids, based on the same Jungian principles as the Myers Briggs itself, and suitable for ages seven to twelve. 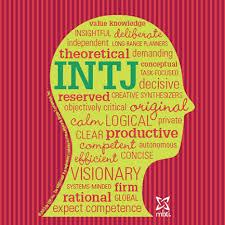