Every year the same meme circulates in my newsfeed and every time I see it I shake my head: Kids Don’t Remember Their Best Day of Television. The picture is of two small children standing at the foot of a lake, the water sparkling before them, the seats of their pants just dirty enough to imply a good romp in the woods. It’s an idyllic scene, to be sure, but the fact remains: I doremember my best days of television.

Who of a certain age doesn’t remember Winnie and Kevin’s first kiss in The Wonder Years? Or has no recollection of snuggling up on the couch to enjoy Tony and Angela’s antics in Who’s the Boss? The Olsen twins cute as buttons in Full House? One of my strongest childhood memories is of watching Moonlightingwith my father, the plot lines and romantic tension between Maddie and David a sliver beyond me, but boy did I feel mature in the attempt to follow along.

Screen time is a major parenting issue for our generation. Warnings abound about the perils inherent in its excess and there is much to be heeded in them, especially because the rise of hand-held, personal electronic devices has made screen time something more isolating and opaque than it used to be.

Kids these days are often looking down. Allison Slater Tate has written convincingly about the new terrain we are navigating as parents in this regard. How will we deal with it when our children routinely ignore the simple pleasures around them – a river, a bird – in order to send emojis to their friends or catch the latest installment of some YouTuber playing Minecraft in Australia?

And yet, I have long wondered if we are taking the screen time backlash a little too far…

You can read the rest of the piece here, at The Guardian. 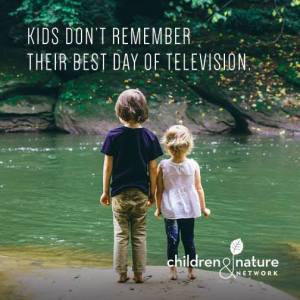