wine in the baby’s mouth

It’s about to start.” I text a friend from a house in California, a back room, where my brother is holding his eight-day-old son away from the influx of guests. The air is thick with tension and a desire for the thing to be done that is so palpable you can almost run your finger down the length of it. The baby sleeps on, though, peaceful and oblivious, dressed in a onesie decorated with a tallis.

“Wine in the mouth.” My friend texts back and I stare at the words for a few seconds, perplexed, before the mohel — the man in charge, the man who will wield the scalpel — calls us in.

I’ve never been to a bris before. Well, strictly speaking, that’s not true. The last bris I went to, the only bris, was my brother’s and that was 1982. I was five years old, and it must have felt like a birthday party to me. There was food, after all, heaps of food, and there were gifts. A bris is a celebration of sorts, just one with a medical procedure at the heart of it, a medical procedure that needs tending to before you can tuck into the pickles and coleslaw.

My brother and I were raised in the same house, syringed with the same dose of Judaism, but I gave it up a long time ago. I have three sons myself, none of whom are circumcised. This was not a choice my husband and I made on principle per se, at least not initially. In Britain, where our children were born, circumcisions are not performed routinely in the hospital on day one or two of life, an elective extra to be ticked off — or not — on the list of baby’s first pediatric services.

When we had asked our general practitioner about our options in this respect, before the baby was born, before we knew the baby even had a penis with which to tamper, he explained the way it worked. If we wanted a cut aesthetic for our son, and if we wanted to achieve it on the National Health Service (NHS) for non-religious reasons, we would have to wait. A year. Yes, a whole year. “It’s treated as a rather serious intervention here,” the doctor told us matter-of-factly. “We do it in the operating theatre, under a general anesthetic.”

You can read the rest of this essay here, at STIR Journal. 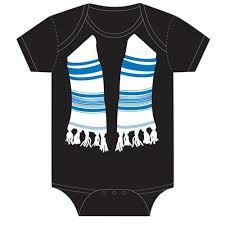 2 responses to “wine in the baby’s mouth”