confessions of a baby name snob

My sister and I name other people’s babies for sport. Do we know you? We’ve named your baby. Do we know you well? We’ve probably named him better than you have. It’s something we do often, a ritual bonding activity in between Skype sessions and Words With Friends. As soon as we find out there’s a bun in the oven, the speculation begins. The lists are rolled out and refined. The months go by and they are calibrated with reference to new information gleaned from social media. Then we sit back and wait for the grand announcement: to see if you’ve gotten it right after all.

Our particular area of expertise is the names of subsequent children, because 1) we like a hook on which to hang our predictions and 2) there is a special kind of tragedy in a sibling set gone awry. We’ve had some impressive successes on this front, if I do say so myself. Like the time we spun our magic on an acquaintance’s third child, a boy on the way after George and Louise. It had to be a royal, didn’t it? I was convinced Henry, she was certain William and, voilà, the baby arrived as William Henry. That was a good day.

There have also been some crushing disappointments, such as the second girl of a friend of a friend. First baby: Scarlett Adina. The next baby, what would she be? My books said Celia, perhaps, Harper or even Marlowe. The mom dropped a hint that Piper was in the running and we both jumped on that possibility like a springy mattress. Alas the baby came…Bea Catherine. Which is sweet, but not what we expected. “Let’s have a moment of silence,” my sister messaged me on Facebook almost instantly, “for the baby name that should have been.”

What makes the name of a friend’s baby “right” for me is not that I would have chosen it myself. That’s just silly and crass and I don’t really want all the babies in the world to be called Oliver, Leo, Phoebe or Jasper, as perfect as those names might be. I don’t need to love your baby’s name in the sense that it is my favorite name ever; I need to love it in the sense that I believe it. That it suits you, that it represents the best compromise available for you and your partner’s idiosyncratic tastes, that is of the same style and originality as your other children’s names.

Most importantly, I need to believe that you’ve actually said it out loud with your last name (I’m talking about your parents, David Davies). Not to mention that you’ve said it aloud with the names of your existing kids. My sister once saved somebody from siblings called Sonny and Claire, I kid you not. I once talked a good friend out of two boys called Alex and Zeno with the analogy: “here is my son John and his little brother Charlemagne.”

It fills me with a warm gooeyness to have people in my life whose children’s names I applaud. But then there are the other names. The ones that cause my heart to wilt a little when I open the email. What do you say in these situations or do you say anything at all? Silence isn’t an option for me - I’m too outspoken. Lying isn’t either. Not only does it feel disrespectful to the onomastic gods, but it goes against my personal convictions. I was raised on truth, straight-as-a-picket-fence truth. My mother is famed the world over for telling it like it is.

Pop quiz: which of the following sentences escaped her lips in the immediate aftermath of the birth of my children?

A. (Of Oliver) Well, that’s an interesting name. You mean, like Oliver Twist?

B. (Of Leo) You haven’t actually registered that name yet, though, have you?

C. (Of Phoebe Isla and Jasper Dylan) Don’t worry, you can always use their middle names instead!

The correct answer is D) all of the above. Honesty has its merits, to be sure, but when it comes to non-family members and the syllables they will be hollering across the playground for years to come, I can appreciate the desire for a little more tact. The good news is that with names, as with any feature of a new baby, there are always things to say that are true. Even if they are not terribly complimentary and even if they miss the point. So, for instance, you can try:

2. What a great complement to your first kid’s name! (= I would never have chosen either of those names in a million years, but at least you’re consistent.)

3. Such a thoughtful choice! (= I don’t like it, but I understand your reasons.)

4. They will certainly have separate identities! (= Did you let your husband pick one on his own? You should not have done that.)

It’s a funny feeling when someone close to you chooses a name for their baby that you just can’t get behind. You will inevitably go through a phase of wondering: did I ever really know you at all? But the truth of the matter is that we don’t pick our friends on the basis of a common reverence for monikers that are “vintage chic” any more than we do our spouses. And yet, now that I think about it, maybe we should.

A version of this piece appears at nameberry.

a parliamentarian, an old jewish man, a friend and a wasp

In 1642, Oliver Cromwell led a contingent of parliamentarians against King Charles I, defeating him in what became known as the English Civil War and giving rise to the only occasion in modern British history where the monarchy has not held power. Three and a half centuries later, he became my husband’s hero for it, my husband who is a constitutional lawyer and a committed republican (small ‘r’). In the years before the arrival of our first child, we lived in Oxford, both of us affiliated with the University there. Amidst its hallowed halls and Gothic spires, people would talk in hushed tones about their ‘periods’ of expertise. My husband’s period was the seventeenth century. Cromwell was his guy.

Unsurprisingly, Oliver was always his first choice for a boy’s name. It became mine too. We said we weren’t having children, though, so we bestowed instead the name Cromwell upon our future dog, a brown and white beagle. Things changed and we didn’t get the dog. But we did welcome a son who was, of course, called Oliver. My husband wanted it because it was traditional and historically grounded. I wanted it because it was sparky and unconventional. It is both of those things, depending on where you come from: this is what has made the Venn diagram effect of our name selection so successful. The year Oliver was born it was the fifth most popular baby name in the UK. In the US, it hadn’t even broken the top 100.

In 2005, Nicole Krauss published a book called The History of Love, which quickly became one of my all time most adored pieces of writing. My husband read it also and, even more astonishingly, he liked it: one of the 4.5 novels in the world the merit of which we have ever agreed on. The book focuses on a cracker of a character - old, Jewish, lonely - a man waiting for the Grim Reaper to claim him. It begins: ‘When they write my obituary. Tomorrow. Or the next day. It will say, LEO GURSKY IS SURVIVED BY AN APARTMENT FULL OF SHIT.’

Boom. We both seized upon the name instantly, not for a death but for a birth. During the middle ten or so weeks of my pregnancy, a time when I must have been flushed with feel-good hormones and delusions of grandeur, I was sure that we would call this child Leopold, the full, hefty name of Krauss’ protagonist. By the end, though, we simmered down, settling happily on Leo itself: short, strong, charismatic. Just like our son. Number 43 in the UK that year; didn’t make the top 100 in the US.

In 1994, the TV show Friends took America by storm. One of the six 20-somethings the program revolved around was an uber-quirky blonde named Phoebe, whom our Phoebe was named in spite of, not after. When we were expecting baby number one - and baby number two, for that matter - Phoebe was a chronic runner-up to Zoe. Then we had two boys. Then life took over and we got close to a lovely couple who had the gall to name their own kid Zoe well before we knew them. When I became pregnant again, Phoebe moved into pole position.

The first two times we were contemplating it - in 2005 and 2007 - the Friends reference was still strong. By 2011, it was much less so. Thank goodness for that because Phoebe is too sophisticated and classically poignant a name to be forever shackled with an association to Lisa Kudrow’s bizarre alter ego. It is Greek in origin, which is my period, and it means ‘radiant’ or ‘shining’. The spelling makes it sultry almost. It is related to Phoebus Apollo, one of my favorite members of the Greek pantheon, the god of light, of music and of so much else that is beautiful. Apollo is a twin (no, we didn’t consider Artemis), as is the Phoebe from Friends (no, we never considered Ursula), as is our Phoebe. Twin names, even more so than sibling names, cannot be chosen in isolation. Number 34 in the UK; outside of the top 100 in the US.

Which brings us to Jasper. A wasp, a gemstone, the name of the don who taught me Homer inside the cobblestones of Balliol College - a scene which perhaps best captures its connotation. To the British ear, Jasper sounds posh, a bit pretentious, fluffy even. The word for him might be ‘toff’. I’m pretty sure my in-laws winced when we told them. To the American ear, however, it is fun and fresh.

This was the hardest moniker for us to agree on, the third boy, the best names already gone. In another life, Jasper would have been Eli or maybe Ezra, but he is one of a set and, paired with Phoebe, we wanted a less prevalent vowel sound. Jasper was the only one of the four names that was really my choice alone. My husband conceded it to me, probably because by the fourth round he was just too worn down to put up a fight. In 2011, Jasper didn’t make either the UK or US top 100.

There you have it: a parliamentarian, an old Jewish man, a Friend and a wasp. Don’t even get me started on their middle names. 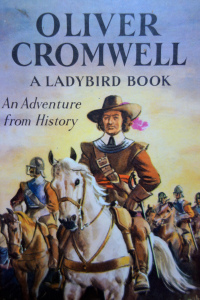